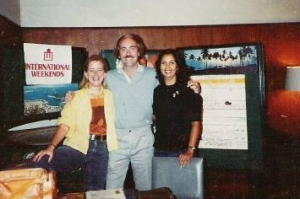 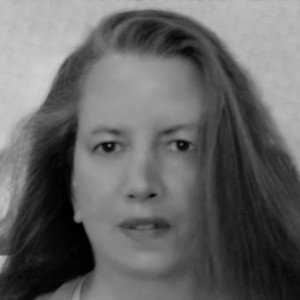 I am a Brazil Travel Specialist with over 25 years’ experience working exclusively with the Brazilian travel industry. My interest and love of all things Brazilian began during my flute performance studies at Berklee College of Music in Boston. Many Brazilian students attended this famous international music school, and I felt drawn to the friendly and outgoing nature of these talented classmates whose infectious enthusiasm inspired an immersion in all things Brazilian including the music, Portuguese language, literature, history, art, politics and the wonderful cuisine. I was completely fascinated by the novels of Brazil’s famous writer Jorge Amado – “Dona Flor and Her Two Husbands”, never imagining that seventeen years later I would find myself spending a wonderful day with him at his home in Bahia.

With a strong desire to live and work in Brazil, I sought a position with a Boston based travel company called International Weekends and was soon on my way to Rio de Janeiro to manage their inbound destination charter travel program. During this hands-on work experience I was completely immersed in the Brazilian culture and after one year found myself fluent in Portuguese. Working with travelers visiting from all over the United States quickly became a challenging and educational way to learn a great deal about the Brazilian tourism trade. 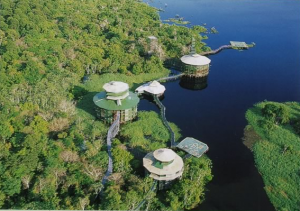 After six years in Brazil, I returned to the United States and became the Official Travel Coordinator of NGOs for the United Nations Conference on Environment and Development – The Earth Summit, which took place in Rio de Janeiro in 1992. This was the largest environmental conference in history, gathering together heads of state from over 120 different countries. My client list ranged from the Natural Resources Defense Council to Nobel Peace Prize winner Wangari Maathai. Many were scientists, environmentalists and politicians from all over the world who had a great interest in visiting the Amazon region before or after their participation at the Earth Summit. The Amazon State Tourism Authority sponsored my visit to Manaus and I was able to research many travel options from a unique tree top lodge to Amazon River cruises. Upon returning from the Amazon I also helped coordinate travel for the “Rio Roosevelt Expedition” under the helm of Tweed Roosevelt; great grandson of Theodore Roosevelt. This was a river raft expedition down the “River of Doubt” that was originally undertaken in 1914 by his famous great grandfather. A camera crew followed which resulted in a television documentary. 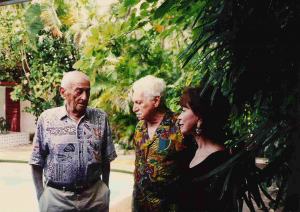 In 1997 I was contacted by the great Latin American author, Isabel Allende, to design and arrange an itinerary for her visit to Brazil including the Amazon, Rio de Janeiro, and Bahia. During this trip with her I found myself visiting Jorge Amado in his home in Bahia. What a thrill it was to spend the day with two great Latin American writers, and Amado’s dear friend – Carybé, considered one of the greatest Brazilian artists of all times. Carybé’s famous mural stretched across the International Arrivals Building at JFK Airport for many years, and now graces the halls of the Miami International Airport.

I have also had the pleasure to know and work with ethnobotanist – Dr. Mark Plotkin, author of “Tales of a Shaman’s Apprentice”, as well as featured in the Oscar nominated Imax documentary “Amazon.” Nothing can compare with the fascinating experience of accompanying Dr. Plotkin on a trek through the Amazon Rainforest. Dr. Plotkin’s vast knowledge of plant and wildlife never ceases to amaze me. In 2001 Time Magazine declared Dr. Plotkin “Environmental Hero for the Planet.”

I’ve been fortunate, as well, to have brought National Geographic photographers to the Amazon region as well as the Pantanal in Western Brazil. These trips have allowed me to see these regions through the eyes of some of the world’s best nature photographers.

For the past 11 years I have had the great honor of being included in Conde Nast Traveler Magazine’s “World’s Top Travel Specialists” list. Through this appointment I have custom designed and coordinated travel programs for clients as diverse as the Chair Emeritus of the Board of Trustees at the Museum of Contemporary Art (MOCA) Los Angeles, to private and exclusive destination weddings and honeymoons throughout Brazil. Other clients have included Susan Sarandon, George Tillman Jr. (director of Men of Honor, Soul Food), The Ralph Lauren Family, celebrity film maker/photographer David LaChapelle and Matthew Chapman, screenwriter and great great grandson of Charles Darwin.