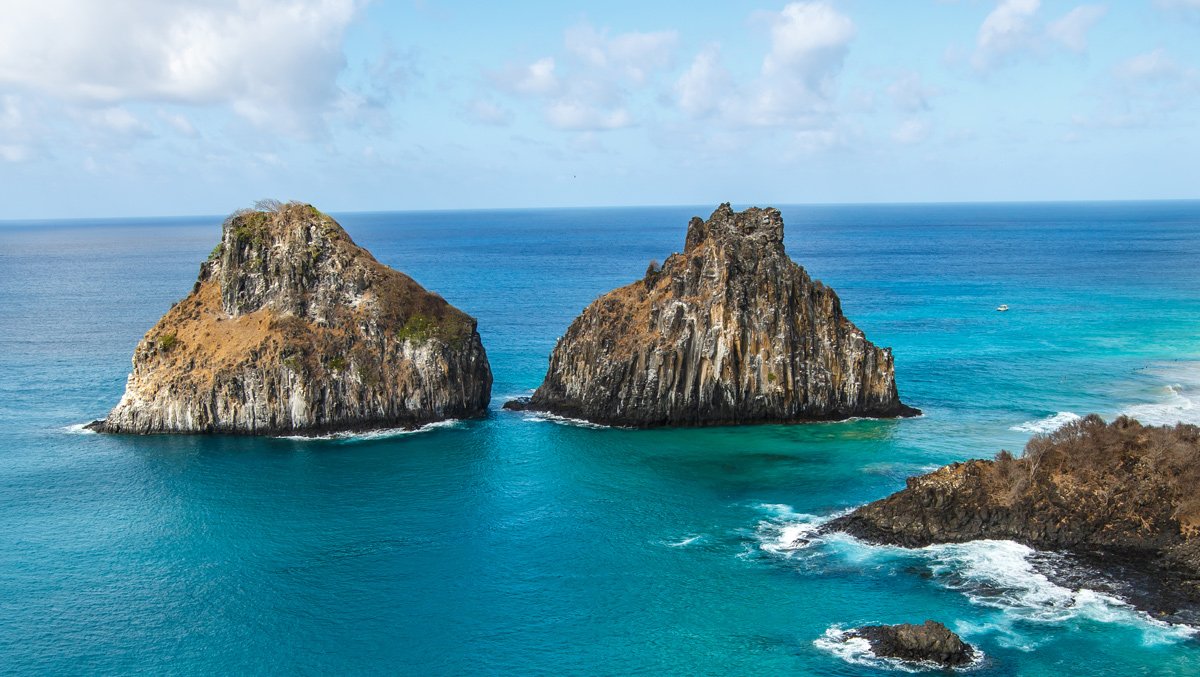 The island paradise of Fernando de Noronha, discovered by Amérigo Vespucci in 1503, lies just south of the Equator, about 200 miles off Brazil’s northeastern coast. It’s breathtakingly beautiful with dramatic rock formations and wide pristine beaches, several of which routinely make the list of Brazil’s top beaches. The accolades go on: A surfing hotspot. A honeymoon haven. One of the world’s top spots for observing spinner dolphins. Home to one of the largest sea bird breeding colonies in the South Atlantic. The best diving in Brazil, with underwater visibility of almost 100 feet, water that hovers at 82 degrees F, and coral reefs and nesting sea turtles protected by a national marine park. To maintain the fragile ecosystem, only 460 people are granted access to the island at any one time.