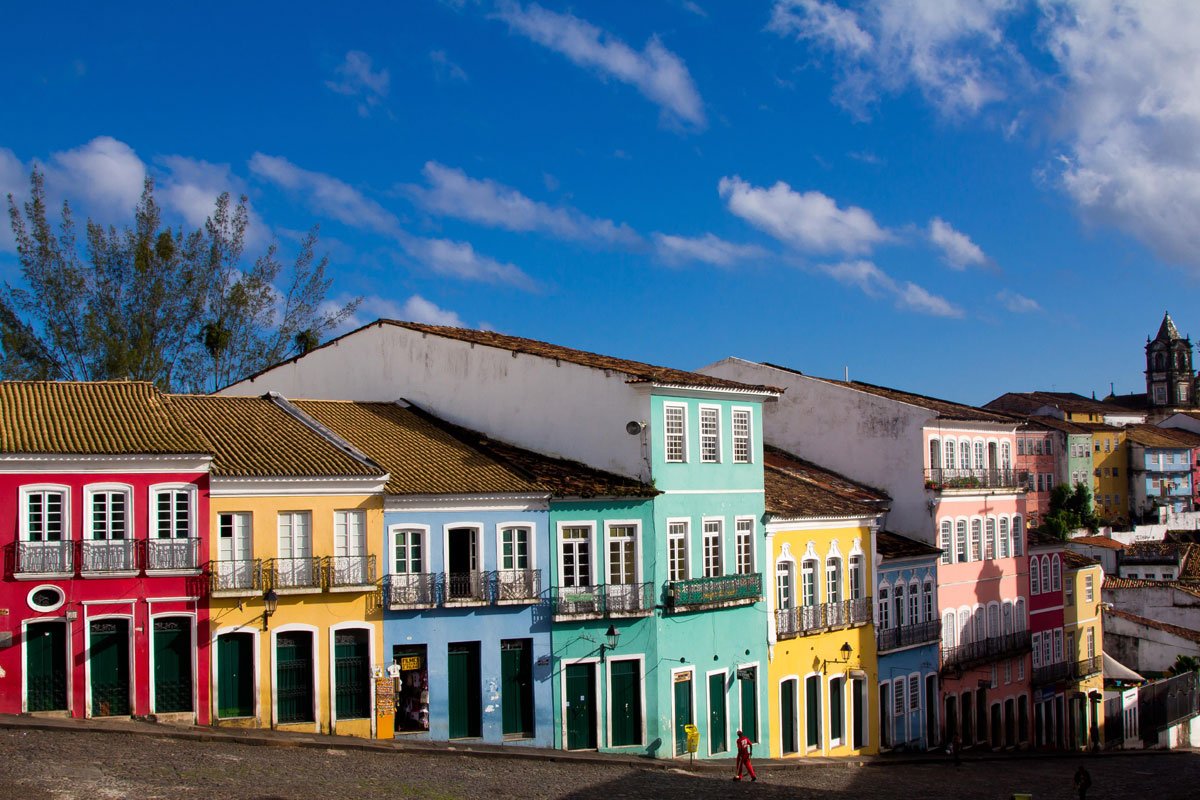 Bahian culture is infused with African traditions. Religion, music, cuisine, art, dance, language, costume, festival—all deeply rooted in African Heritage. Entering this world is like being swept up in a grand kaleidoscope of sights, sounds, rhythm, and spiritual beauty. It all started when the Portuguese made Salvador da Bahia the first capital of its New World colony, and then brought in some five million slaves to farm sugar cane. Their descendants, who make up the majority of the population, have carefully preserved Afro-Brazilian heritage.

Street vendors fry acarajé (shrimp stuffed bean fritters) and samba rhythms fill the air; people gather to watch impromptu performances of capoeira, the Brazilian art form that combines martial arts and dance. These elements mix together along the cobblestone streets of Pelourinho, the restored colonial heart of the 17th century city, with its golden baroque churches. You can take an African heritage tour, go sailing around the Bay of All Saints, or enjoy the beach along the gorgeous coastline. Although Salvador hosts some of Brazil’s most exuberant Carnaval celebrations, visiting what is considered the heart and soul of Brazil at any time of the year will surely leave you feeling inspired and enriched.